Devoted to Bernard Hughes’s choral music and programmed in close collaboration between the composer and The Epiphoni Consort, this portrait recording reveals a composer for whom musical style grows naturally out of the provenance of his commissions and their chosen texts.

Himself a wordsmith, text setting and delivery are at the forefront of Hughes’s creative thinking, and Epiphoni, making a name for themselves in recordings of music by living British composers, are ideally suited to the delivery of Hughes’s diverse language, in performances that showcase their trademark luxuriant sound. 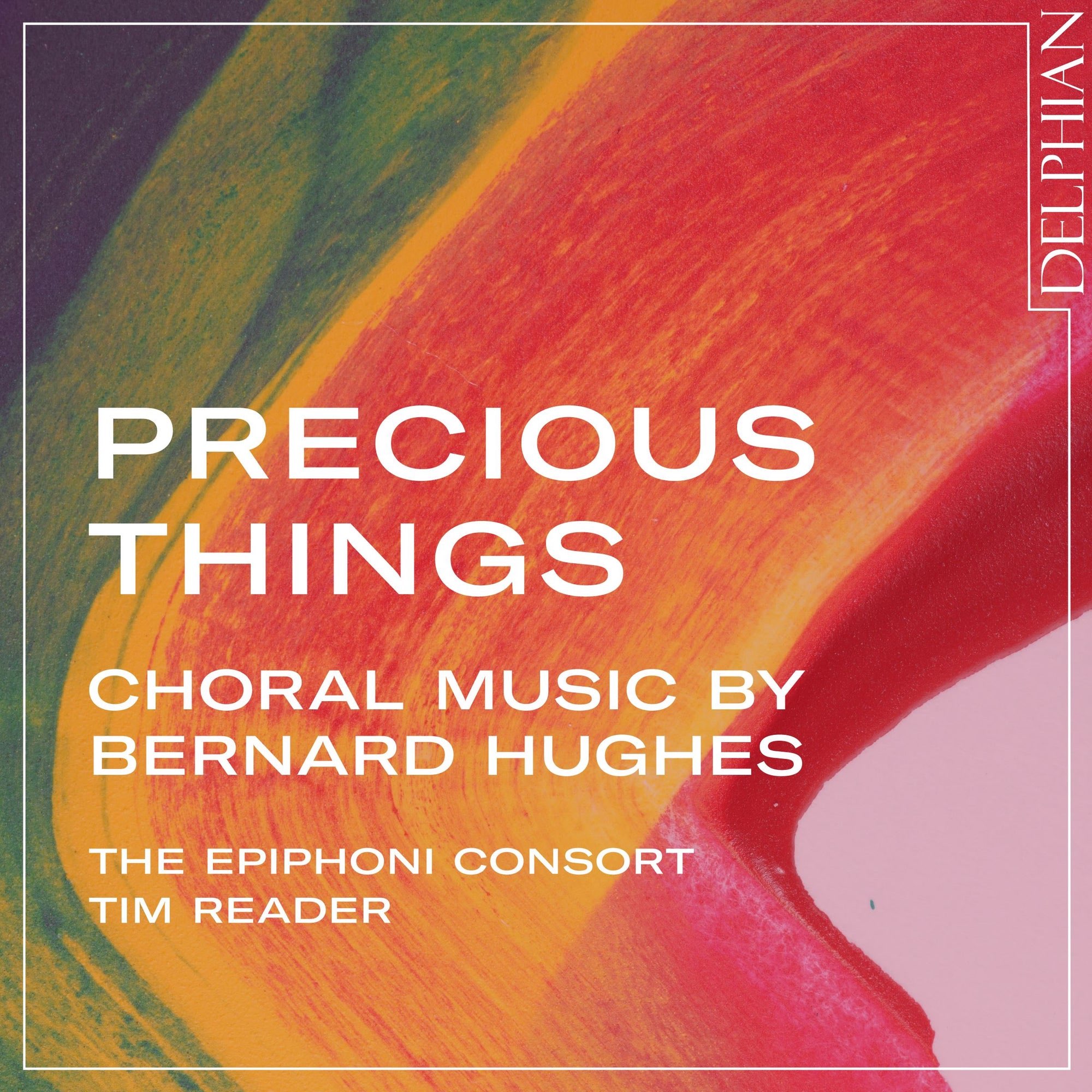 “My favourite track on the album has to be If We Shadows – the music itself is beautiful, but having one of our members Rosemary talk us through the background of the Shakespeare text and give a new light to the meaning, made singing it really interesting (and beautiful!)”
Charlotte Webb, soprano My favourite piece on the album is I Sing of Love. It is a lengthy piece and took a lot of work to learn and perform, but that effort was totally worth it. The text, from the Song of Songs, is a real favourite of mine and has been set by a host of composers across centuries. But Bernard gave that text a fresh and wholly unsentimental interpretation. The big climax towards the end is really thrilling, and that is followed by a soaring soprano solo bringing it to a serene conclusion.
Graham Kirk, bass Choosing a favourite track from such a wonderfully varied and pleasing disc is a tough ask, but Jubilate Deo is high up there. Bernard intertwines religious text from Psalm 100 with poetry by Gerard Manley Hopkins, and creates a fantastically rhythmic and exciting piece of music, both for the listener and performer. Between Bernard’s irregular time signatures and rhythms, and the varying call-and-response textures between upper and lower voices, I can’t not dance and move around every time I perform the piece!”
Jess Haig, alto My favourite piece? Probably the entirety of the set ‘Precious Things’ – full of variety and with a powerful message. I love the urgency of ‘Crude’ with its bubbling drama, and the strange otherworldliness of ‘Helium’. The poems have been set so effectively, with such care given to the lyrics.

My favourite piece of cake? Easily the baked goods provided by our fabulous low bass’s sister. Particular shout out to Amaki for the sugary delights that kept us going through recording sessions!
Annie Hamilton, soprano

Each track on the album is really very unique – part of what made the recording process so enjoyable. Psalm 56 was one of the first pieces we sang through, and it’s driving, punchy rhythms and use of the text immediately hooked me into Bernard’s writing. The varying moods encapsulated in just one piece, accentuated by the interaction between the lower and upper voices – in perfect unison one minute, taking it in turns to slink in and out of the texture the next – is such a joy for both singer and listener!
Abaigh Wheatley, alto