In May, in the closing concert of the London Festival of Contemporary Church Music, we had the great privilege of performing a programme of Jonathan Dove in honour of his 60th birthday and with the composer present.

An eclectic programme included settings of texts by Shakespeare, Tennyson, Dickinson and Hardy. The conductor is now well versed in 5/8, 7/8 and numerous other irregular time signatures!

Our weekend residency at St Paul’s Cathedral in mid-August further honoured Jonathan Dove with a performance of his Missa Brevis at Eucharist, alongside the evergreen Let All Mortal Flesh Keep Silence by Bairstow, which sounded MIGHTY in that acoustic — the 3-beat rest following ‘everlastingly the hymn’ indulged to around double the length as we luxuriated in the sound of the acoustic rebounding it back at us! 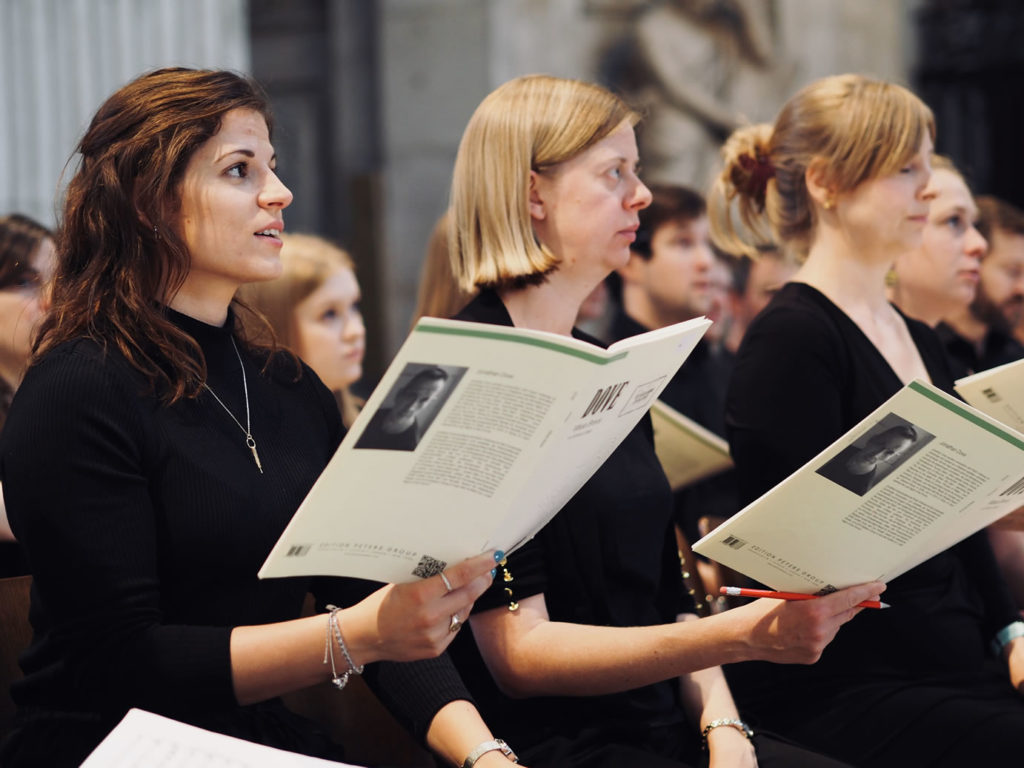 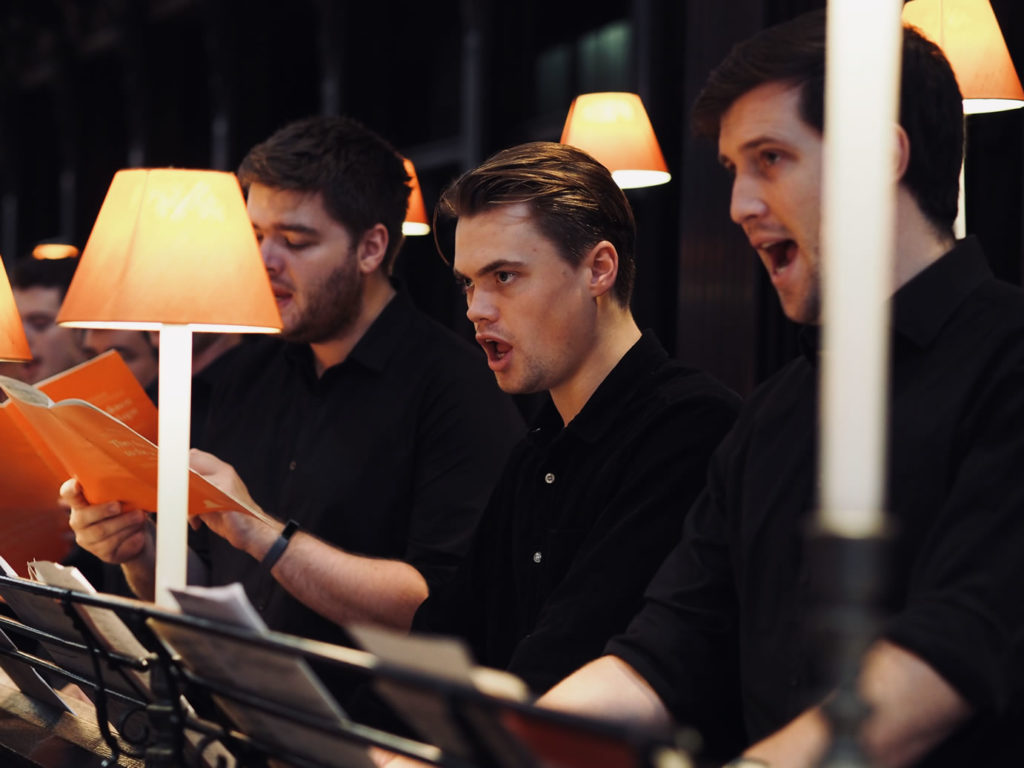 July also saw our ‘robed’ debut in a wedding in the opulent Mayfair church St George’s, Hanover Square. We sang three pieces by Alexander L’Estrange and one by John Rutter. 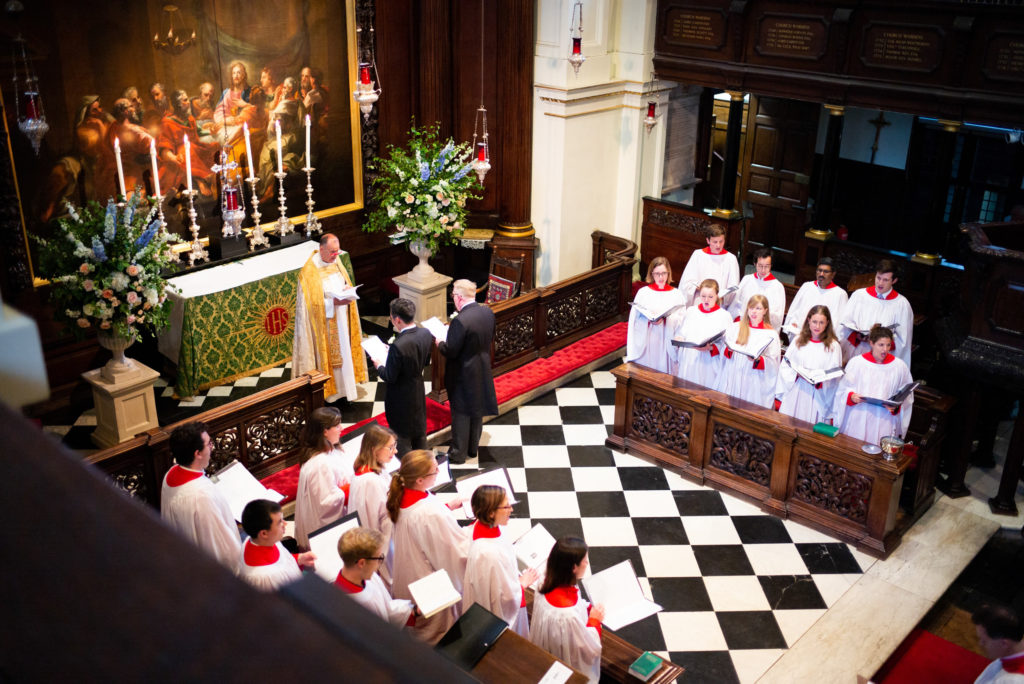 If there is one binding theme between this summer’s projects it was new music. Three days later, we reconvened to record Jamie Cumming-Wesley’s Nunc Dimittis, a demo recording to launch this bright new composer’s career. 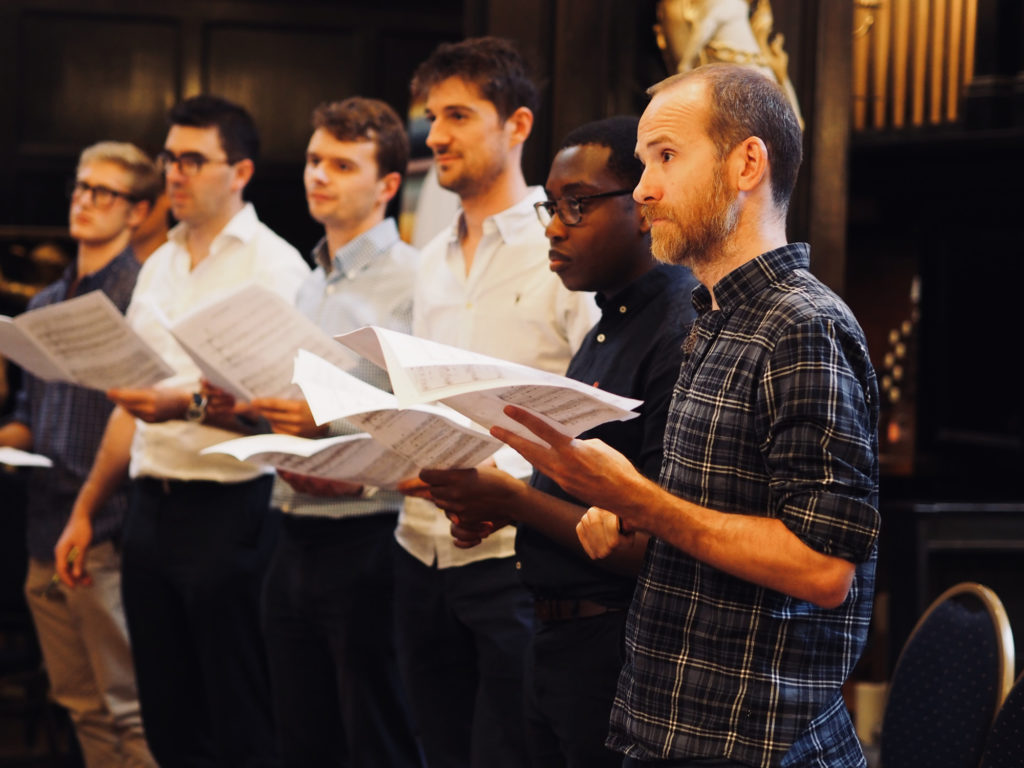 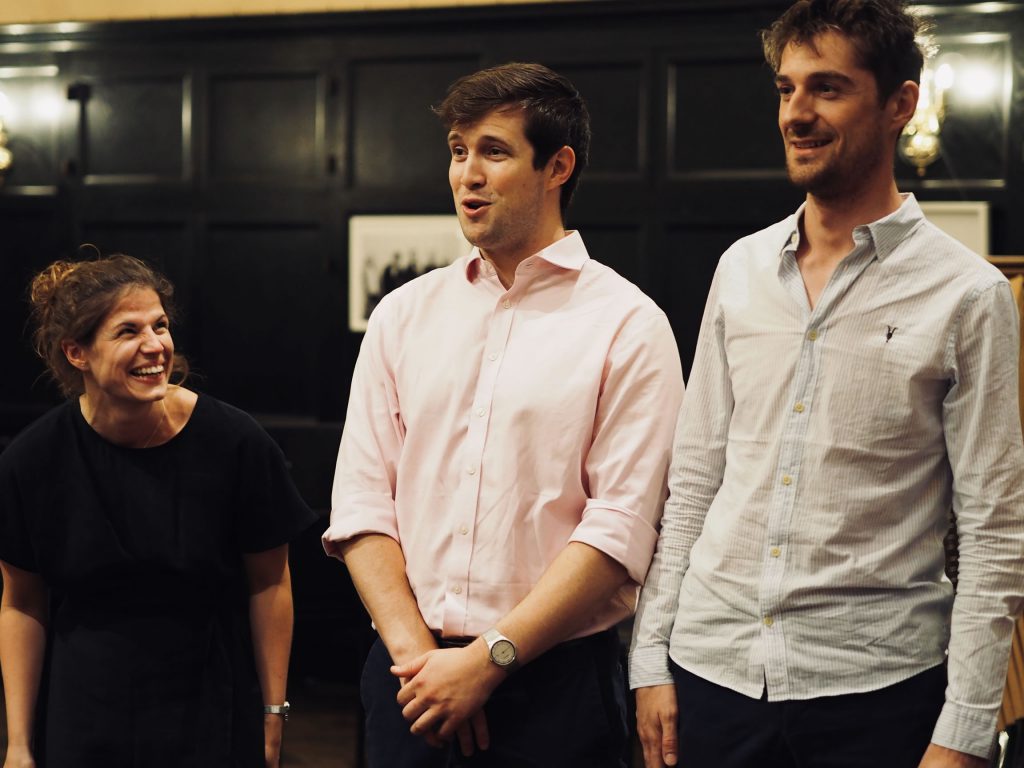 Dove-tailing (see what we did there?) Epiphoni’s summer season, some of Epiphoni singers are joining the BBC Symphony Chorus at the Proms on Monday 19th August which includes a new commission by Jonathan Dove We Are One Fire a partner piece to Beethoven 9. Conducted by good friend of Epiphoni Neil Ferris, it’s sure to be an occasion to remember and a piece that will slip effortlessly into the double-choir repertoire.

Broadcast live on Radio 3 and available on BBC Sounds after.