This is a past event. For forthcoming events please visit this page.

An evening of wine and song, celebrating five years of glorious music-making and fun!

Alongside a number of perennial favourites including Bruckner’s Locus Iste and Gibbons’ O Clap Your Hands, the programme will feature David Bednall’s setting of WB Yeats’s classic poem The Cloths of Heaven.

Also by David Bednall we’ll be performing the spectacular Lux Orta Est Iusto, scored for eight separate choirs in a total of 40 parts. Gramophone magazine described our recording as “a glittering explosion of sound that scatters its bright shards in all directions with wonderful abandon” and BBC Radio 3 as “a magnificent representation in sound of light … extraordinary power”.

A profound influence on Bednall, Ralph Vaughan Williams set a portion of Shakespeare’s The Merchant of Venice, and called it Serenade to Music, from which this concert takes its title.

Serenade to Music was written for 16 singers – personal friends of the composer – with each of them written their own solo. So as well as the uniquely rich blend of the Epiphoni Consort you’ll hear at least 16 of their individual voices too! 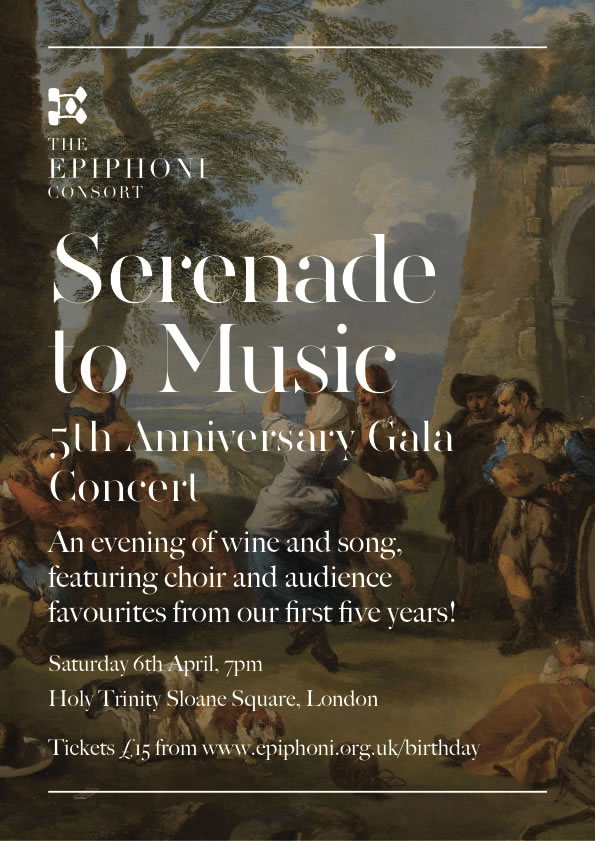