A day out in Canterbury 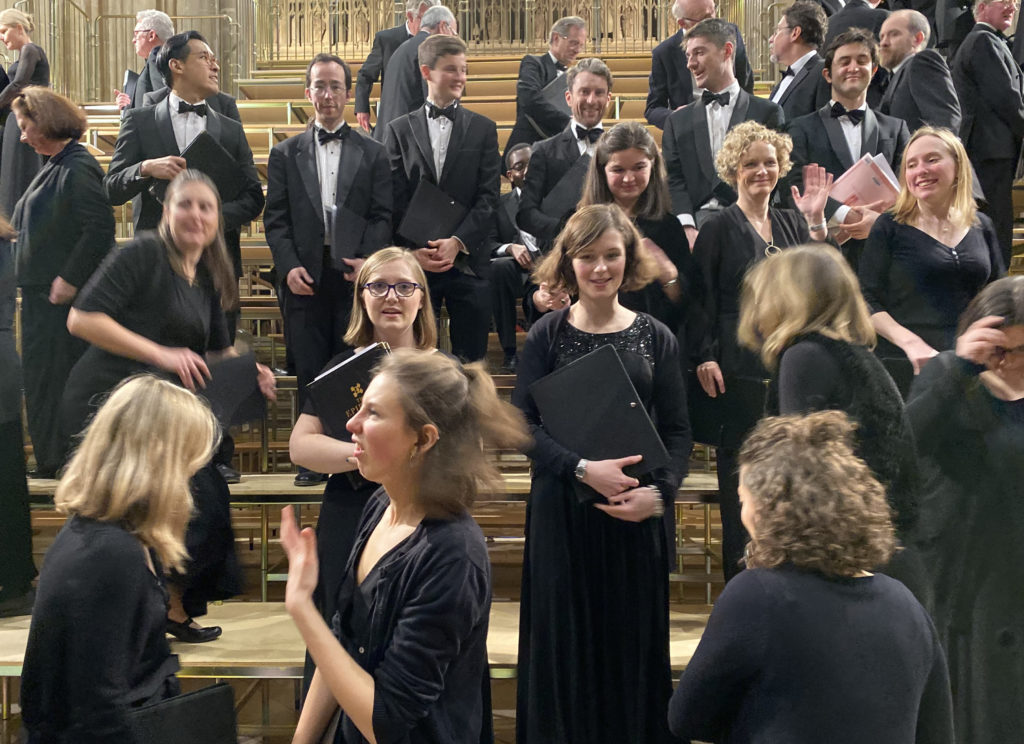 We had one of our most enjoyable experiences last Saturday singing in Canterbury Cathedral by invitation of Richard Cooke and Canterbury Choral Society. We joined them in the Rachmaninov’s All-Night Vigil (aka The Vespers), Tavener’s Song for Athene, and performed a short set of our own.

The Rachmaninov is a piece close to our hearts ever since we performed it at St Martin in the Fields by candlelight in 2015, and shot three movements of it for BBC4 to feature in The Joy of Rachmaninoff documentary presented by Tom Service. (The full prog is still on YouTube, and we appear in 3-4 snippets from 38:00 to the end. Full screen gets rid of the weird borders, and this version avoids a continuity announcer talking over the basses’ impressive B flat at the end!).

To accompany the Rachmaninov, Epiphoni presented a programme of motets based on (or with connections to) chant. This naturally included everyone’s favourite chant-infused choral miniatures, Durufle’s Quatre Motets and also Owain Park’s Holy is the True Light which we recently recorded and is set to appear on our second CD later this year.

All of these will feature throughout the the rest of our season — including our next solo concert, the annual Good Friday recital at St Peter’s Vauxhall.

A lengthy break between rehearsal and concert was spent at the Buttermarket pub just outside the Cathedral Precincts where we discovered it was Burns Night (the MacMillan was programmed in honour of that, obviously), and some people opted for the haggis and ‘whisky flight’ for their supper.

You’ve got to admire the dedication of some basses to being able to guarantee the low notes: 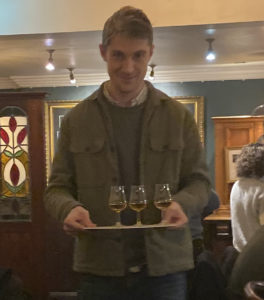 (especially when they are only on bass 1 this concert…) 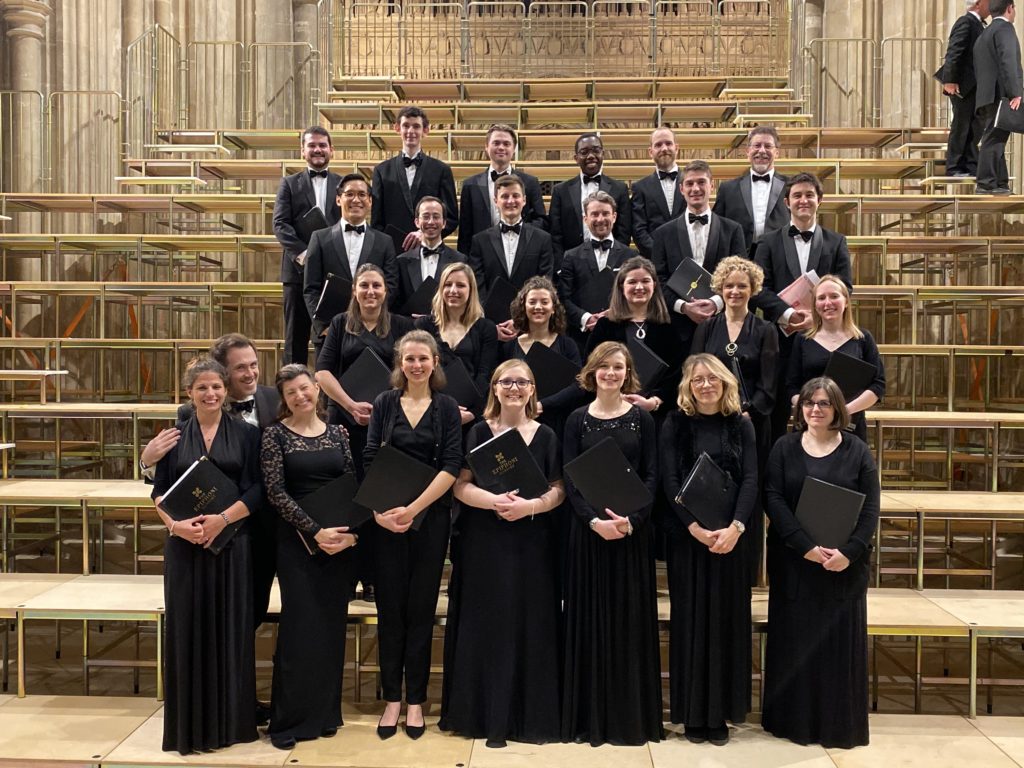 The concert went beautifully — extremely well attended in what seemed a packed nave and side aisles. Canterbury Cathedral covered in scaffolding but you can’t have everything; we’ll have to return in 2021 (or 22) when it’s all finished!

The post-sing destination was the Parrot, on the recommendation of Christina – alto of Epiphoni, wife of CCS conductor, and Canterbury local.

There, we bid a fond au revoir to tenor Tim Lintern who spends the next two years on a work placement in New York. Pictured here having an espresso for the drive home. 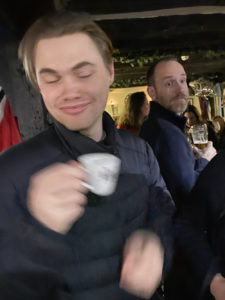 Finally, Ossie’s Fish Bar for some emergency chips to fuel the conductor and his car-load up the M2 and back to our homes in London.