Our 2018 season has now been announced and begins in earnest on 30th March with “A Blue True Dream of Sky” — a programme of reflection and “spiritual nourishment” (as previously described by audiences anyway!) for the season of Lent.

The concert title is taken from the poem by E.E. Cummings i thank you God for most this amazing day, a paean to the natural world, set to music in a shimmering setting by US composer Eric Whitacre.

Whilst much of the programme is by English composers, the US theme is continued in the programme’s central work, the Five Spirituals from Child of Our Time by Michael Tippett — a perennial favourite amongst choristers and audiences.

2018 promises to be Epiphoni’s most diverse year to date encompassing everything from the chamber to the symphonic and operatic.

Epiphoni has attracted the attention of several orchestras, most recently Southbank Sinfonia with whom we’ve been invited to sing Beethoven’s anthem of hope and unity, the 9th Symphony, on 21st June as part of the Waterloo Festival.

Two days later we join forces with long-time collaborators Bloomsbury Chamber Orchestra for a programme that features Copland’s setting from Genesis In the Beginning — a choral tour de force if ever there was one — and Vaughan Williams’s An Oxford Elegy which features narration as well as the musical forces. That’s Copse, briars and dreaming spires and it’s on 23rd June.

We’re getting ahead of ourselves here because before all of that, we are appearing alongside Kensington Symphony Orchestra as the chorus for a concert performance of La Boheme at St John’s Smith Square. It’s a pleasure to be invited back having shared their 60th birthday with them in a performance of Mahler 2 at The Barbican last year. Last time they performed an opera (Tosca) at SJSS, it sold out, so get your tickets whilst you can!

On 19th July we have been invited to return to St Paul’s Cathedral to lead the worship in a service of Choral Evensong. Such events always feel like a musical homecoming so we’re really exited to wrap up the first half of our year in this way.

Two weeks later, members of the Epiphoni Consort will be appearing at the BBC Proms in Mahler’s Eighth Symphony. And in October and December we’ve got three projects that we’re just bursting to tell you about but that will have to wait just a few more weeks.

We hope to see you at one of our performances soon. 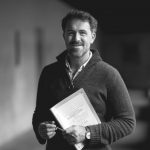